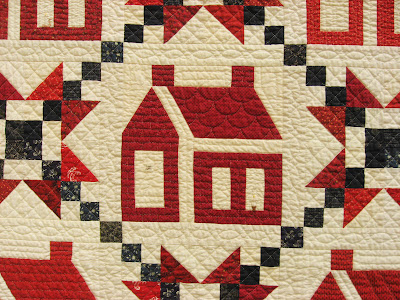 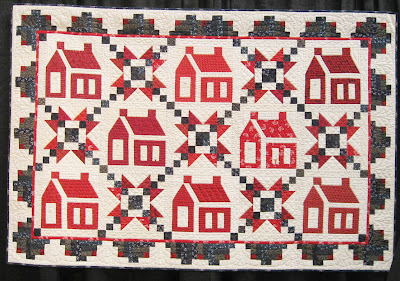 Quilt by Mary Abbot Williams
Here are two examples of quilts commemorating the Underground Railroad to inspire designs remembering that period in American history without adding to the false mythology that quilts were used as signals on the escape route.

I took the snapshots above of Mary Abbot Williams's quilt at spring Quilt Market. She made it to commemorate Quaker safe houses on the Underground Railroad. There are names on the doors. 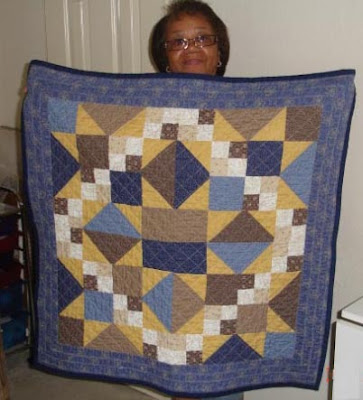 "I curated an exhibit on African-American quilts at a historic house in Sag Harbor, NY (I’m from there) this summer. Because of Sag Harbor’s 19th century free black community, there are lots of anecdotal evidence re: Underground Railroad. I asked my sister who has become an avid quilter in her retirement to make a quilt using Facts and Fabrications that could be displayed during the exhibit and then raffled off. I figured it would give me a good springboard for the inevitable quilt code stories that would be mentioned by patrons and I wanted a surefire way to minimize disappointment when I talked about the flaws in [the quilt code stories.]

People would ask and then I’d explain and show them Ruthie’s quilt as an example of the kind that could be made to celebrate the courageousness of the fugitives and conductors who participated in the UGRR. No patrons walked away distressed and the ultimate winner of the quilt was thrilled to have it. "
Posted by Barbara Brackman at 11:37 AM