The Lawrence Arts Center invited Janet Perkins, a member of The Sewhatevers, to exhibit a lengthy piece for their show String Theory last month. 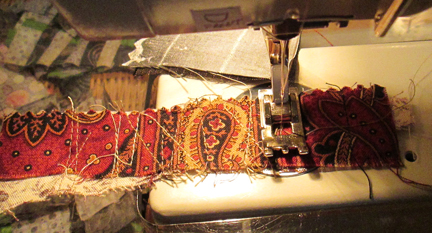 Janet asked our sewing group to donate those things, those thread savers, that we all use to begin and end a seam or test our stitch. 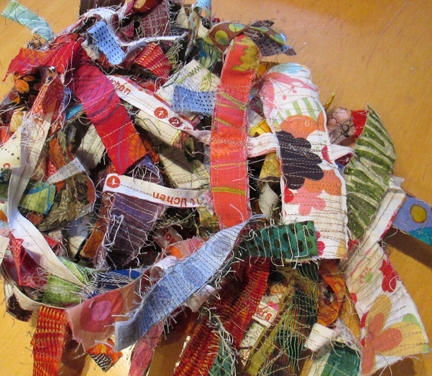 We saved for months and handed them over to Carol Gilham Jones and Janet. We needed a lot as it had to go from floor to ceiling in the gallery. 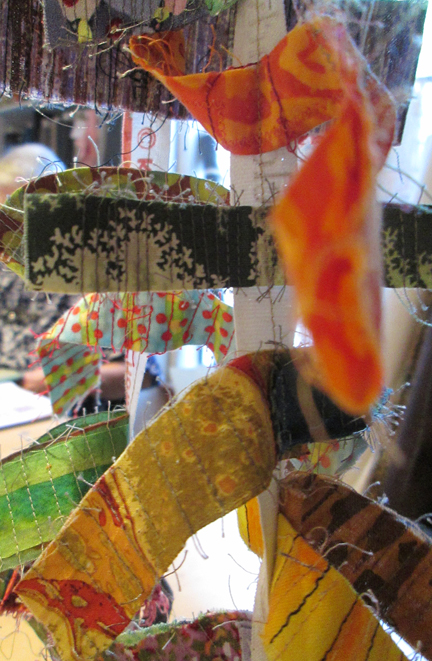 Pretty soon our threadsavers were two-sided and quite flashy.


Janet strung them all up and it turned out nicely. 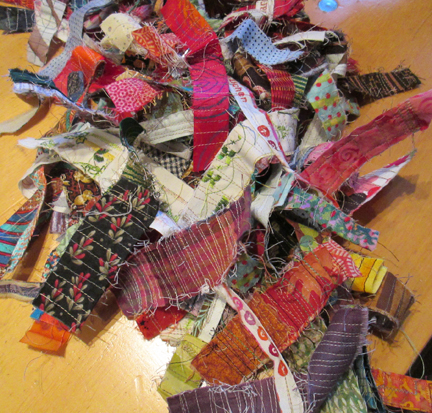 Posted by Barbara Brackman at 6:00 AM