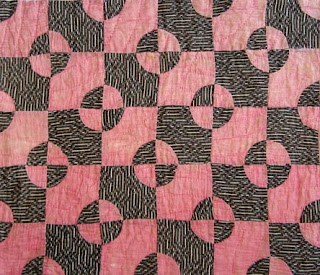 It's a good day when I can find a quilt pattern in my Encyclopedia of Pieced Quilt Patterns.
This quilt that looks to date from the early 20th-century is # 1504c. Ruth Finley in her 1929 book called it Steeplechase. 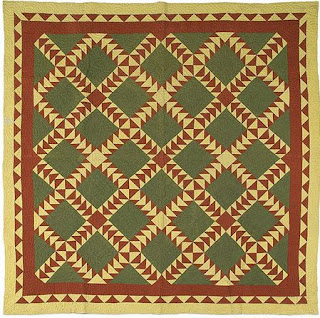 Or my geese in a row as in this late 19th-century quilt.
The problem is...
Those ducks and geese are hard to corral. I cannot find the above design in my Encyclopedia. 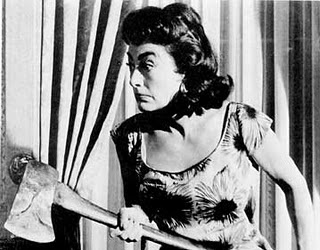 It doesn't really upset me.
I actually like to come across an unknown design. And there are lots of them out there. 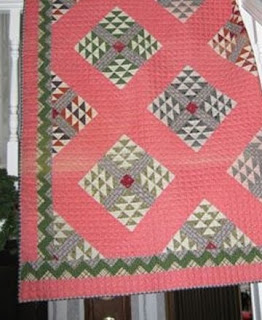 Pauline sent snapshots of these two pink quilts. She couldn't find them in my Encyclopedia and neither can I.
They are a lot like Nine-Patches in there, but not identical. 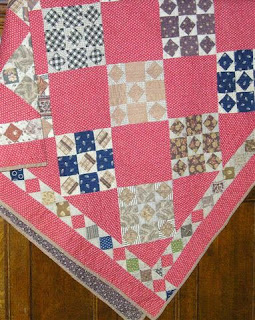 Why are the patterns unknown? Or unindexed?
I imagine number 3 is the problem with the green and red geese variation above. Because it's not really a patchwork block (the block is plain, the sash is pieced) it never fit nicely into the magazine format or my block ID format. Here's another similar construction sent by Gail. 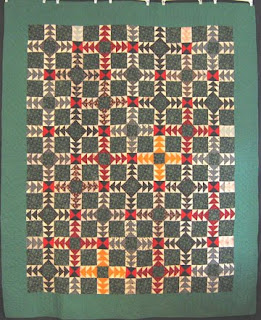 It looks like it's constructed in blocks....but nevermind. It's the kind of thing that drives me crazy. You guys figure it out.
Posted by Barbara Brackman at 6:19 AM