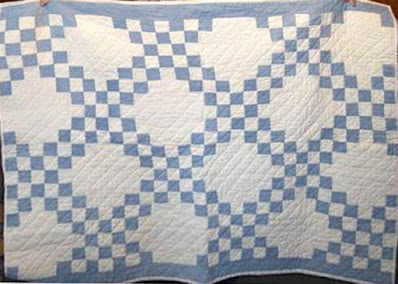 A simple Irish Chain with a tale. 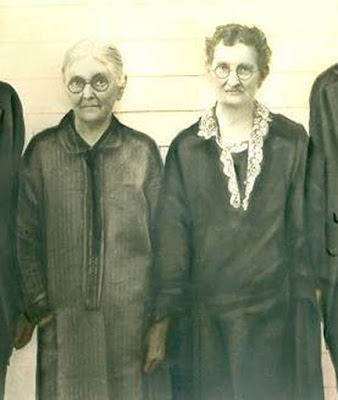 Stitched by the woman on the right here, Cynthia Frances Hawkins Spearman
(1851-1953). She is pictured with her sister Mary and between them they have only two hands.
Cynthia lost both hands when she was a child in a terrible accident. Her widowed mother, trying to keep up her farm, enlisted her daughter to help feed sugar cane into a molasses press. The rollers caught and crushed the child's hands and forearms, which were amputated. 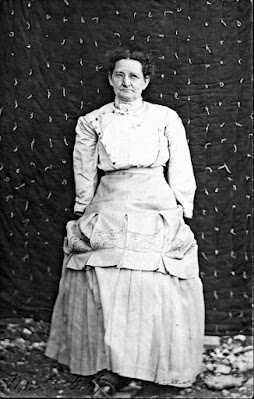 Cynthia posed in front of a tied bedcover (perhaps
the reverse of a tied quilt) in the early 20th century.
From her Find-A-Grave-Site
https://www.findagrave.com/memorial/15048695/cynthia-frances-spearman
Refusing to compromise Cynthia lived her life in Brumley in the Missouri Ozarks with flair. She taught school for forty years and if the boys thought she might be a pushover she showed them how she could grasp a rod with her forearms and beat their behinds. (Bad discipline but admirable gumption.) She was Miller County's first elected female public official, serving as school superintendent in the 1890s when she was in her forties. 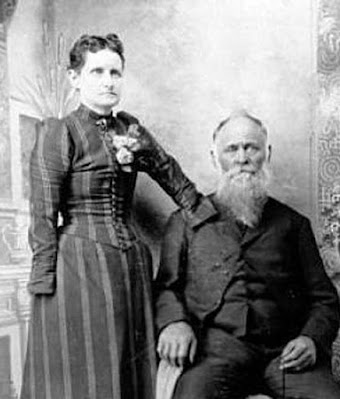 Wedding photo for her 1885 marriage to Zebedee Spearman
(1831 – 1897) when she was 34. She took on four step children who
were devoted to her.
Remarkably adept with her forearms she could write, garden and make quilts, run a classroom, a school system and a household. 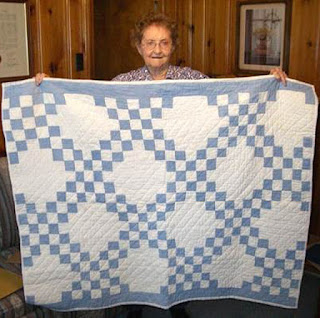 Judy Hawkins shows off this early 20th- century quilt by her great aunt. Judy told the Miller County Historical Society that Cynthia's way of working was to cut squares with a knife (she probably tore the squares once she started the cut) and assemble pieces at her sewing machine. The ladies of the local Christian church did the quilting.
A 1937 article in a Wichita paper noted she wrote a beautiful hand and was proficient at fancy needlework.
I know all this because the Miller County Museum has such a great webpage.
http://www.millercountymuseum.org/archives/100125.html
Posted by Barbara Brackman at 6:00 AM